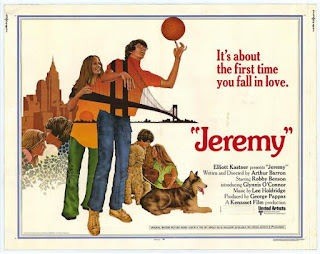 All shots are connected by at least one of the following: location, film, character, actor, signage, recurring object, or recurring motif.  Try and see how many of these connections you can spot and how many films you can identify.  This is a fluid piece and probably will be revised and / or supplemented with additional footage.  I'm going to wrap this up with a forthcoming Part III.

I've tried to source everything from 16x9 DVDs, but have had to compromise this standard in some cases. 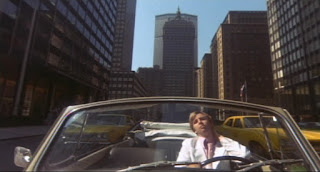 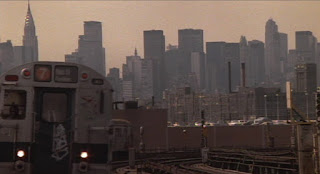 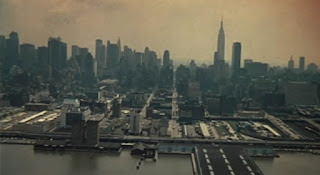 A face, if not a name, that should be familiar to fans of several prominent "Dirty New York"-lensed films of the early '80s, Steve Inwood seemingly left the scene as quickly as he arrived.  In truth, according to his IMDb page, Inwood hung around in the industry in guest spots and telefilms until 1997.  After that, he entered a life completely out of the public eye and information on him is scant.  But, for a few years in the late '70s and early '80s, Inwood was a reliable presence in feature films shot in New York, making a strong impression even in small roles, while showcasing a distinctive charisma and range.

In the 1977 Frank Sinatra telefilm Contract on Cherry Street, Inwood is part of a very impressive  ensemble of players, playing a low-level junkie informant.  With his gaunt features, greasy hair, and whiny New Yawkese, Inwood rather effectively evinces the rat-like, desperate qualities of this pathetic figure.  With beard, Inwood briefly appears as a self-assured New York fashion designer-turned-murder victim in William Friedkin's Cruising.  A brief appearance it is, but it's an interesting role, that of a successful fashion entrepreneur by day who looks for sexual hook-ups in gay peep show booths on 42nd Street after hours.  Inwood is very good here, charming and confident when we first see him at his tony Madison Avenue shop, as he closes up for the weekend, then more wary, as he goes incognito at a peep show arcade that looks a lot like one seen in Robert Butler's Night of the Juggler, also from 1980, and also featuring Inwood.  He figures heavily in one of the darkest moments in Alan Parker's Fame, as a predatory Times Square "photographer" who convinces Irene Cara to pose topless for him.  In the following year's Prince of the City, Inwood has what might be his best role, as Mario Vincente, the Rudy Giuliani-inspired assistant U.S. attorney who empathizes and works with Detective Daniel Ciello (Treat Williams) as he struggles to come clean about his role in widespread police department corruption.  These roles culminated with Inwood's fourth-billing as the ego-maniacal Broadway producer in Sylvester Stallone's Staying Alive, the critically-skewered, though financially successful sequel to Saturday Night Fever.

Perhaps if Staying Alive had been a better film Inwood's next feature film part, the starring role, would have been in something more reputable than Grizzly II: The Concert.  A troubled production shot in Hungary, it attracted a fine roster of players around Inwood, including Deborah Raffin, Louise Fletcher, Laura Dern, Jack Starrett, Charles Cyphers, Marc Alaimo, Dick Anthony Williams, young George Clooney and Charlie Sheen, and John Rhys-Davies, who had this to say about Inwood in an AV Club interview:

"Now, as far as Steve… well, to begin with, is he still alive?  Poor fellow.  He was very handsome, very strong, but he had one or two problems, and I guess coming off the near-superstardom of Staying Alive, it made him… perhaps overvalue his contribution a little bit."

From there, Inwood's career mostly consisted of television guest spots, along with a few supporting parts in telefilms and direct-to-video features.  The trail ends after 1997.  Did Inwood get too big for his britches or burn bridges, as Rhys-Davies indicates in his quote, leading to his career decline, or did general industry trends make his type unfashionable?  Whatever the cause, it's unfortunate that Inwood didn't continue on the path he was on in the early '80s, because his was a face and persona that fit well with the gritty, reality-based NY features and telefilms of that time, and even if he wasn't quite a viable leading man, his talent and versatility should have translated into a more extensive career as a character player.

Labels: Dirty New York, Steve Inwood, Who Is That Guy?
Newer Posts Older Posts Home
Subscribe to: Posts (Atom)
Musings from the banks of the Lucinda River on the subject of motion picture ephemera.