"The Rock and Roller Disco Movie of the Year!" 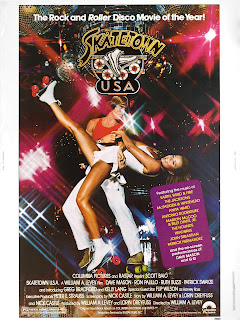 Those scouring the rep calendars around the country may have noticed that a rather obscure title has been trending lately.  Skatetown U.S.A. has, or has had, play dates at the Cinefamily in Los Angeles, Music Box in Chicago, and BAMCinematek in Brooklyn.  A programmer friend tells me that the repertory department at Sony has been pushing the charms of Skatetown and the studio has gone so far as to create these as giveaways!  It's apparently the real deal. 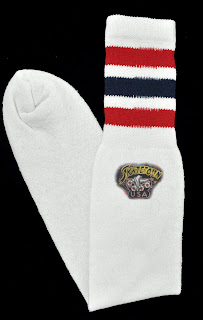 I'm told, however, that the Sony has not struck new prints. Featuring the film debut of Patrick Swayze, as well as noted thespian Scott Baio, and a wall-to-wall disco soundtrack, the film has never appeared on commercial home video, most likely due to music rights issues. Perhaps these theatrical play dates will lead down the road to some form of home video release...it's difficult to say, though, as repertory and home video are completely different departments and have inherently different obligations and obstacles to deal with.
Posted by Ned Merrill at 6:01 PM