Long before the "Two Coreys" came along, Corey Allen (born Alan Cohen) made a name for himself in the prototype teen film Rebel Without a Cause (as James Dean nemesis Buzz Gundersen).  Nick Ray used him again in Party Girl and he acted throughout the '60s, mostly in television guest spots, but as the new decade dawned, Allen transitioned into a full-time, prolific directing career in episodic tv.  Between assignments for shows like Ironside, Cannon, and Hawaii Five-O, Allen directed the taut, standalone television drama Cry Rape. 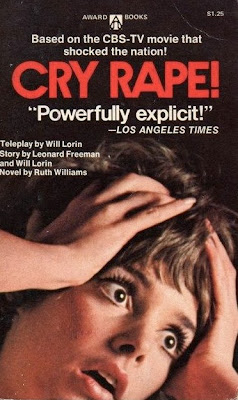 Allen's cop show pedigree served him well for Cry Rape's very effective police procedural aspects.  40 years on, the film is a sometimes shocking reminder of the stigma attached to rape victims then and the casually insensitive behavior of the men investigating, prosecuting, and reporting these cases.  Newcomer Andrea Marcovicci is convincing as the victim who bravely comes forward to help prosecute her attacker (Peter Coffield).  She's particularly strong in her scenes with the callous officers who take her 911 call and the detectives investigating the case.  Coffield is superb in two roles: the working class delivery boy accused of a series of rapes and the lookalike true perpetrator of these crimes.  Coffield, an early AIDS casualty, with his good looks and Midwestern wholesomeness, is well cast; his clean-cut appearance and demeanor effectively contrast with the stereotypical image of a vicious criminal.  High marks also go to Greg Mullavey who has a grand old time with his role as the slick defense attorney concerned with maintaining his undefeated record.

The last decade has been rightfully called a golden age for episodic television, with no shortage of compelling, challenging, and well-written dramas, but the '70s was the golden age for television films and Cry Rape is a prime example of this canon.  While the television code at the time limited what a filmmaker could portray and say in a prime-time program such as Cry Rape, particularly in comparison to what could fly in a feature film, Allen crafts a hard-hitting, unsentimental expose that sits pretty well with the uncompromising, audacious films coming out of Hollywood at the time.  Perhaps the best example of the film's exemplary storytelling technique is the opening scene.  For the pivotal home invasion and rape at the start of the film, Allen artfully uses close-ups of everyday household objects and sounds such as a ticking clock, in place of the actual act of violence (and in place of non-diegetic music) to depict the chaos, violence, and horror of the moment.  That the film manages to inject a little bit of ambiguity into the portrayal of Coffield's Andy Coleman (the wrongfully accused man) even though his innocence is seemingly cut-and-dried is a nice touch and a credit to both director and actor.

For the cop movie / tv aficionados, the film features an expertly mounted, realistic foot chase between Coffield's perp and much older lead detective Joseph Sirola.  '70s film and tv aficionados should enjoy the presence of character players such as Anthony Costello (Marv Ellman in Night Moves), James Luisi (perennially a cop or a crook on many a show and film), and Howard Platt (who I remember especially as one of Lee Marvin's Chicago Irish mob cronies in Prime Cut). 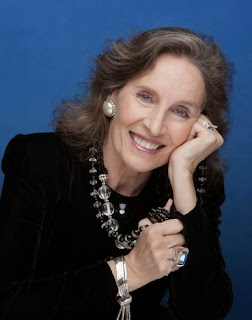 Marcovicci is a renowned nightclub and Broadway singer.  She'll be celebrating her 65th birthday next month with performances at the famous Joe's Pub.

I was pleasantly surprised to find Cry Rape appears in a clean, widescreen transfer on the Warner Archive MOD DVD-R release of the film, which is likely the first home media release of the film.  Since it was broadcast on television and presumably made for that format, I expected the DVD to reflect the standard 1.33:1 aspect ratio, but this disc is 1.78:1, which may mean that the film was originally shot with some theatrical projection in mind.  I'm not sure.