I used to have to have the riveting book upon which the film was based, but it was sadly lost in an apartment flood several years back. Unfortunately, the U.S. edition of the book is long out of print. The film has never been treated very well in this country, either. The VHS release from Media was dubbed into English and the only DVD released in Region 1 was Image's dubbed, non-anamorphic disc. The non-anamorphic British disc from Second Sight features the original German soundtrack with English subtitles, in addition to production notes and lobby cards; this is the version I own. 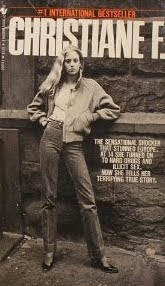 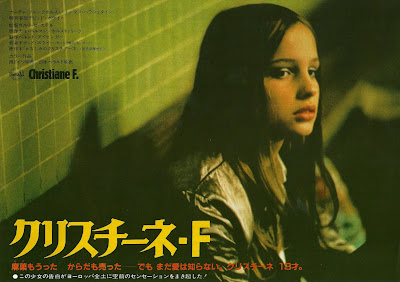 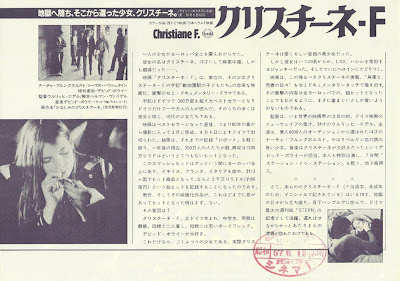 I have this LP, but no turntable to play it, or any of my hundreds of others records, at the moment. I like what I hear from these two clips, but then I'd have a soft spot for anything with a vaguely disco - Post-Punk beat and female German vocals laid over it. Both songs are reminiscent of some of my favorite Post-Punk acts: the Au Pairs, the Raincoats, Delta 5, Gang of Four, PiL, Kleenex / Liliput, the Slits, the Pop Group, Essential Logic, and others of that ilk. 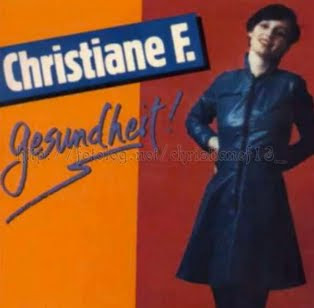 Christane F is high on my to see list, but has eluded me. I will have to check out the soundtrack since I love a lot of those bands you name checked, didn't Bowie provide some songs and make an appearance in the film as well (or I am confusing it with something else)?

As for lp players, have you heard of these Crosley models, the are small if space is an issue and allow you to transfer vinyl to mp3s, I got one for Xmas but haven't had the time to play around with it:

CHRISTIANE F. is absolutely worthwhile though it's a tough watch. The LP I mentioned is actually a separate record recorded by the real Christiane F. The soundtrack to the film is made up almost entirely of Bowie tracks and is a separate album.

Will check out the Crosley turntables you mention. Thanks for the tip!