"Whenever possible play Side One of Led Zeppelin IV...and take her to Phantasm." 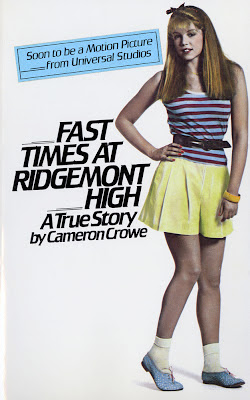 Of course, Mike Damone famously championed Zeppelin in Fast Times at Ridgemont High the film and novel, both by Cameron Crowe.  In the book, Mark Ratner plays Zeppelin IV and takes Stacy to see the new film Phantasm.  In the film, probably due to licensing issues, "The Rat" plays "Kashmir" from Physical Graffiti and there is no mention of Phantasm or any other movie.  I had the pleasure of speaking with Don Coscarelli the other night in between a screening of his new film John Dies at the End and his third, perhaps most beloved, film Phantasm.  I was surprised to learn that he did not know of Crowe's mentioning of Phantasm in Fast Times, the novel.  He wanted to know why Crowe and / or director Amy Heckerling chopped this reference from the film version.  That, I said, he'd have to take up with them.

As I understand it, Crowe now controls the rights to the novel, which was last in print in '82 in conjunction with the release of the film.  I hope he reprints it, as my copy has a broken spine as well as cover fading, and prices on the secondary market are quite prohibitive.  I was lucky enough to find a used copy over twenty years ago in a shop for $8.  The book may be out of print due to the fact that some of Crowe's "classmates," chiefly Mark Ratner inspiration Andy Rathbone, during his undercover time at Claremont High weren't so keen on his portrayal of them in the novel. 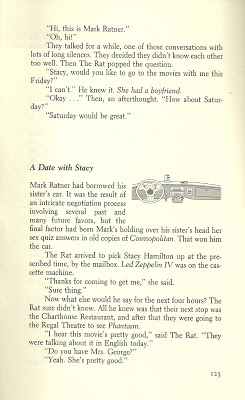