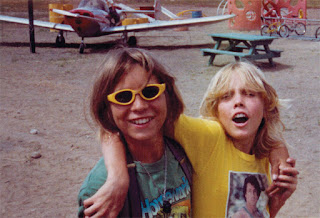 On the audio commentary track recorded with novelist / screenwriter Cameron Crowe and director Amy Heckerling for Fast Times at Ridgemont High, Crowe take a couple minutes to praise Jonathan Kaplan's Over the Edge and its influence on him when conceiving Fast Times. 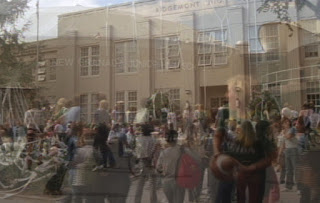 Indeed, there are some visual, aural, and thematic similarities shared by these two classic portrayals of suburban youth of the late '70s.  Although filmed in late 1981 and released the following Summer, Fast Times still seems to belong more to the '70s, which is appropriate given its roots go back to 1979, the year Crowe went undercover at Claremont High School, outside San Diego. 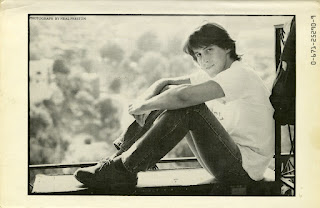 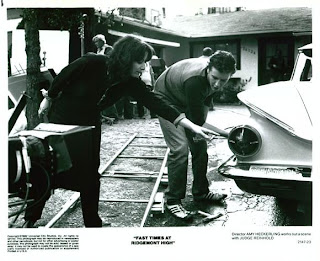 This video marries Crowe's comments to some of those elements present in both films.  Robert Romanus and Michael Kramer, who feature prominently in this video, share a rememblance:

Very cool. I think we've talked about this before, and you surely know that Kaplan et al. wanted to get The Who's Baba O'Reilly for the final scene instead of the version of Oooh Child that is actually used. I've tried muting the sound and playing The Who overtop the sequence at home and it's pretty great. This sounds like a perfect project for the Knife in the Head studio!

Thanks, Nathan! Yes, I'm aware of the "Baba O'Riley" connection. I addressed that a few posts back, in the midst of this OVER THE EDGE / FAST TIMES / PHANTASM bonanza.