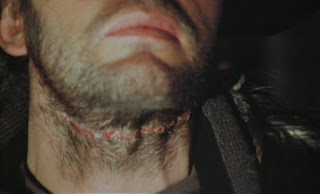 Was watching Corbucci's The Great Silence last week and, as I was marveling at the great Trintignant's completely silent performance, I started thinking about other impressive dialogue-less (or, largely dialogue-less) performances in otherwise all-talking films by actors who normally use their voices.  So, what follows is a sort of Rupert Pupkin Speaks-style list of others that popped into my head as I was watching Trintignant.  I'd be interested in being reminded of those I forgot and / or need to see.  What I dig about Trintignant in Great Silence or Warren Oates in Cockfighter is these are actors who's voices are normally important tools in their craft, as is the case with most actors in the post-silent era.  I'm a "less is more" person and I love minimalist, primarily visual storytelling, so to see an Oates, normally so verbose, in a performance where the rest of his body communicates for his voice, is an immense pleasure.


The following, are silent characters and performances that exist in talking films, but which don't follow the specific criteria I laid out above...

It's not a leading role nor a performance on the level of the above four, but Jack O'Halloran was a childhood favorite as Non, General Zod's wordless henchman, described by Brando's Jor-El as a "mindless aberration whose only means of expression are wanton violence and destruction."

I was more of a Superman watcher as a kid than Bond, but it seems obvious that Non was meant to evoke memories of this guy... 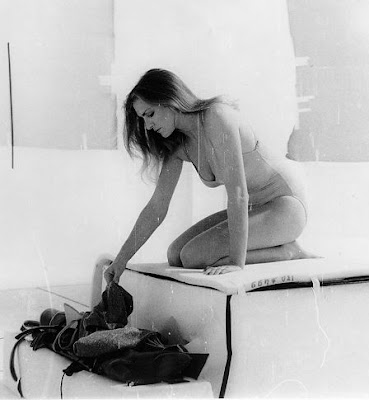 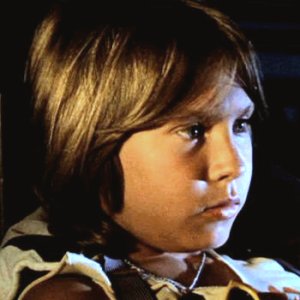 this is a good category. Personally, i think Zoe Tamleris (Lund)'s performance as the mute Thana in Ms. 45 is a favorite of mine. I think that is one of the essential modern mute characters in cinema.
The category also makes me think of films where iconic actors are used in lead roles with little to no dialogues because the filmmaker's efficient style values elements of music and pure visuals to dialogue. I'm thinking of most Claire Denis, death trilogy era Gus Van Sant, and Bela Tarr films, in particular Michel Subor in L'INTRUS, Beatrice Dalle in TROUBLE EVERY DAY and Michael Pitt as Kurt Cobain in LAST DAYS

Don't forget Tiger Thompson as Johnny in Over The Edge....